When Kendall Jenner paid homage to some of the greatest performance art works of all time for W’s 10th Anniversary Art issue, it was with a very big wink. But that didn’t mean she didn’t do her homework. Here are 10 of the most famous performance art pieces of all time, including the five that Jenner tried to replicate.

Marina Abramović’s The Artist is Present It was the blockbuster 2010 exhibition that spawned the film that led to the crossover stardom of the now-ubiquitous Abramović, like it or not. Try sitting completely silent and still for 736 hours and 30 minutes in the MoMA lobby.

Marina Abramović and Ulay’s AAA-AAA Before Abramović blew up in pop culture, she made work with her ex, Ulay, collaborating on Relation Works for more than 10 years. One infamous example: a screaming match between two lovers performed at a television studio for no audience in 1977.

Yoko Ono’s Cut Piece Back in 1964, Yoko Ono asked the audience to cut the clothes off her body, in an affront to the male gaze and traditional representation of women’s bodies in art. Today it’s a seminal piece of performance art that’s no less relevant.

Chris Burden’s Shoot In 1971, Chris Burden had a friend shoot him in the arm as a performance art piece. Meant in part as protest against Vietnam, the performance was staged in front of a small group of friends in a gallery, but, of course, became notorious in no time. 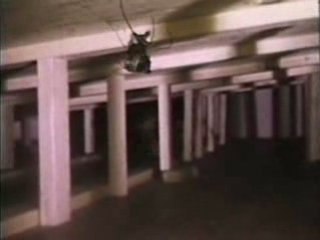 Yves Klein’s The Anthropometries of the Blue Period: Klein’s name has become synonymous with his famed shade of blue patented in 1961, but lesser known might be the performances using the pigment that preceded it. For his Anthropometry paintings, nude women were slathered with the paint and dragged across the canvas in performative works.

Joseph Beuys’s Coyote: I Like America and America Likes Me The legendary Fluxus artist performed no less than 70 “actions” in the ’60s, ’70s, and ’80s — but not in America. For this dangerous one-time experiment, he was transported from New York’s JFK airport to a gallery via ambulance: once there, he spent days locked in a room with a few essentials … and a live coyote. After three days, he gave it a hug.

Francis Alÿs’s When Faith Moves Mountains For the Belgian artist’s 2002 performance, he got 500 volunteers in a town near Lima, Peru, to essentially, well, move a mountain: shovel by shovel, a sand dune was moved from one location to another.

Saburo Murakami’s Passing Through As a member of the Gutai art movement in postwar Japan, Murakami charged through several taut sheets of paper, one of the earliest actions of the period. It’s just one example of how performance art has had just as strong of a presence outside the more well-known New York scene.

Carolee Schneemann’s Meat Joy Schneemann was a pioneering figure in the ’60s, putting sexuality, feminism, and gender at the forefront of her work. Now canonized as a film, Meat Joy was originally enacted as a hedonistic happening, as naked performers danced erotically with raw meat and fish.