Although Alison Brie seems pretty calm, cool, and collected, she recently told Larry King that when now-husband Dave Franco proposed, she reacted more like one of her more neurotic onscreen characters might.

In the interview on Larry King Now, which airs in full on Friday, Brie told the longtime host that Franco’s was the only “real” marriage proposal she’s ever received. When King asked if she’d been in similarly serious relationships before, Brie said, “Yes, definitely, where marriage was discussed. But I’ve never had someone get down on one knee and said no to them.” And, yes, Franco did get down on one knee, the Glow actress revealed with a huge smile.

According to Brie, 34, the proposal played out in Big Sur, California and, somehow, she didn’t immediately say yes to the Neighbors star. “I was so shocked that I actually burst out laughing and asked him a number of times if he was being serious before saying yes,” she said before cracking up. King responded drily, “That’s so romantic.”

Romantic or not, it’s definitely endearing to know that even a jaded Hollywood star like Brie, who dated Franco for four years before he popped the question, still loses her cool and gets tongue-tied in the face of huge life decisions. 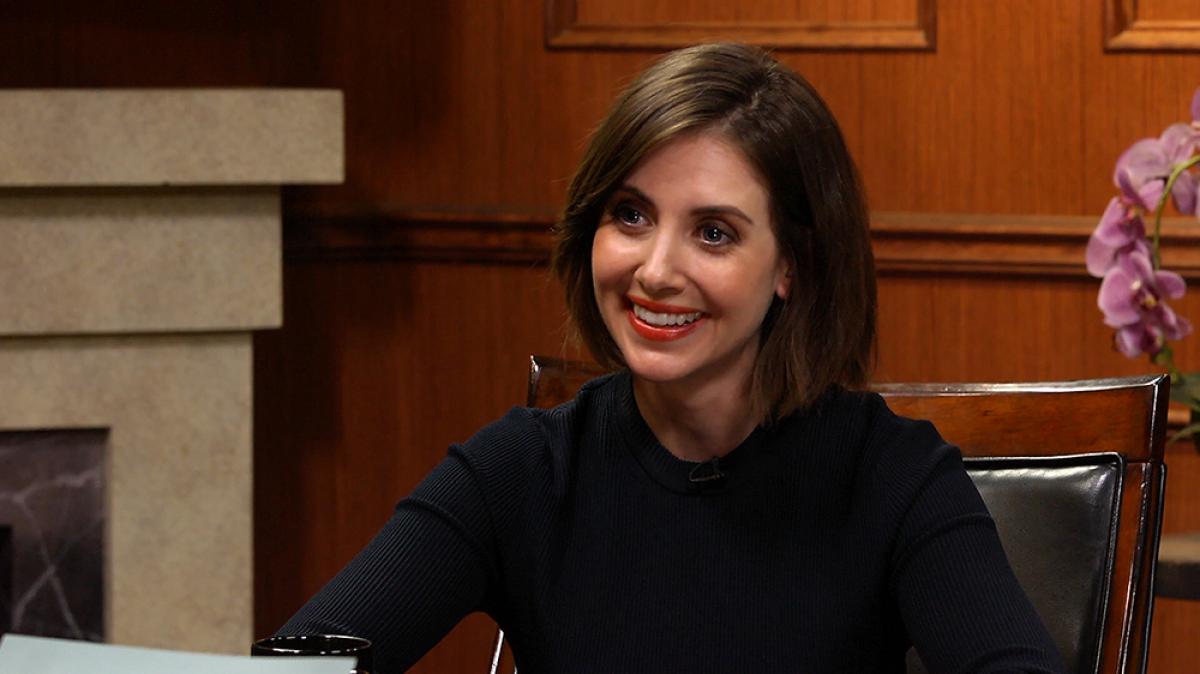 It’s also possible that Brie was struck dumb by the ring that Franco was offering her on the California coastline: The duo announced their engagement in August 2015, when Brie was spotted sporting what appeared to be a massive rose-cut center stone inside a double halo of diamonds, all set on a rose-gold band, on her left hand. Brie and Franco tied the knot earlier this year, confirming that they were married after the fact, as celebs are wont to do, in March, six years after they met at the 2011 Mardi Gras parade in New Orleans.

You'll Also Like
That Photo of Sienna Miller, Tom Sturridge, and Alexa Chung Isn’t as Dramatic as It Seems
By Kyle Munzenrieder
Lindsay Lohan Has Married Her Mysterious Fiancé, Bader Shammas
By Stephanie Eckardt