“This is what we do around here. The Southern way,” says director Barry Jenkins through a processed baritone voice on his remixed double album of Grizzly Bear‘s Veckatimest and Painted Ruins. Yes, the man responsible for Moonlight happens to moonlight as a chopped and screwed DJ. Jenkins teamed up with The Chopstars and DJ Candlestick to put their own syrupy take on the indie band’s 2009 and 2017 albums. So far, it’s garnered almost 30,000 plays in the handful of days since it was released.

“.@grizzlybear yr music means the world to me, all praise to @candlestickem + @TheChopstars,” Jenkins replied.

While Grizzly Bear weren’t included on the soundtrack to Moonlight, perhaps now that the two parties are better acquainted they will be on Jenkins’ next project. The notable Floridian is just beginning work on If Beale Street Could Talk, an adaptation of James Baldwin’s 1974 Harlem-set novel of the same title, which follows the framing of Fonny, an innocent man and the fiancé of 19-year-old protagonist Tish, by a racist policeman. Tish, whose mission is to prove Fonny’s innocense will be played by KiKi Layne, Deadline reports, while Fonny will be played by Stephan James, as The Hollywood Reporter notes. When Baldwin was promoting the heart-wrenching novel in ’74, he told The Guardian about it, “Every poet is an optimist. You have to reach a certain level of despair to deal with your life at all.” There is not yet a release date for If Beale Street Could Talk, though IMDB lists the release year as being 2018. In the meantime, take a listen to Jenkins’ chopped and screwed take on Grizzly Bear below. 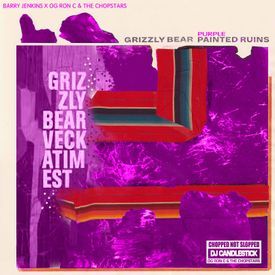