Heading into its 44th season this Saturday, there are few things Saturday Night Live hasn’t satirized. And among its targets: fashion. While there may be more to the industry than just the outsized personalities, seemingly random dictates of tastes and all matters of frivolous glitz and glamour, there’s no denying that those elements exist in fashion and that they’re prime fodder for a comedic sendup. Whether it’s vain models, diva-like designers, or even snobby sales clerks, SNL has squeezed them all for laughs before. Even after we rounded up the show’s many, many parodies of designer perfume ads through the years, it still left a lot more material in their archives to cover. Here, our favorite fashion-centric SNL sketches, or at least the ones that are still readily available online.

Let’s just start with the all-time classic first, shall we? While the actual Donatella Versace has mellowed into a self-aware, thoughtful woman with a surprisingly dry sense of humor, back in the early ’00s she was coming into her own as the creative head and public face of her late brother’s label. Her platinum locks, dark eye makeup, and penchant for wearing her own high-glam gowns created the perfect image for Maya Rudolph to graft a caricature of a manic diva on, one who just wanted everyone to “get out” so she could just “smoke cigarettes and look good” in peace. Unusually for an SNL recurring sketch, the premise often shifted, but mostly took the form of an impromptu television special inexplicably broadcast from one of the many rooms of Versace’s mansion. Mostly, it was an excuse for guests and other cast members to trot out their impressions of other designers and celebrities just for Rudolph to yell at them. Versace herself was even a fan, but admitted that she told Rudolph to put down the champagne glass because she didn’t drink and to take off the costume jewelry because it looked far too fake for any version of Donatella to wear.

Ever walk into a high-end boutique only to think that the staff there is quietly judging you as unworthy? This long running sketch, usually co-starring that week’s host and Jimmy Fallon, takes that fear to extremes with two sales clerks who are quite loudly judging you. Will Ferrell then pops up as the store’s owner, whose own chicness blurs into obliviousness. The only thing that doesn’t hold up? The overuse of the “gay” voice. Believe it or not, there’s more than a enough snobby straight men in fashion to have made the sketch believable.

Ever wonder where superheroes get those elaborate costumes? Well, this sketch answers that question, with Dwayne “The Rock” Johnson playing a man who gains superpowers only to discover that fashion design and tailoring may have been his true passion and power all along.

Molly Shannon plays an eastern European supermodel who hosts her own talk show (long before they actually started giving former models talk shows). This is mostly just an excuse for Shannon to deliver a cooky character than any sort of pointed satire of models, but it’s dumb fun nonetheless. 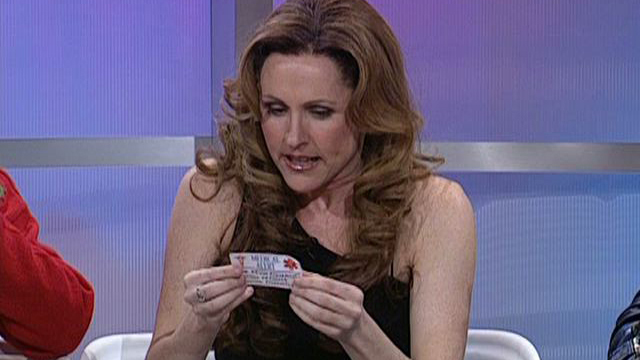 Mixed into a clip satirizing E! programming is a sendup of “Insta Girls” Kendall Jenner and Gigi and Bella Hadid in a faux reality show where they “complain around a huge bowl of fruit” and then get lost in expansive Southern California mansions. It’s not particularly complimentary, but at least two of the models were played by Gal Gadot.

Surprise! Rudolph wasn’t actually the first person on SNL to play Versace; that honor goes to Shannon. Her impression wasn’t quite as memorable, but the sketch, framed as an E! News exclusive, still has some solid jokes like describing fashion week as the time when the worlds best designers come together to decide “what seven rich people will wear this season,” the description of Versace clothes as “like wearing a spanking,” and Horatio Sanz as Elton John thanking Versace for designing “zebra print after sex towels for me because I’m sloppy.” 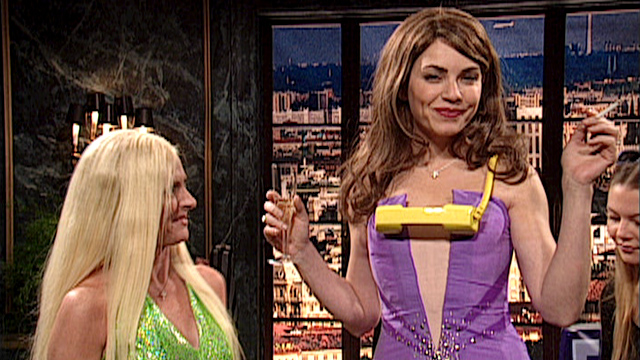 Stereotypical men say they hate fashion, and yet they’ll still complain how unfair it is than women have so many more options available to them. Here, construction workers dream up the fierce looks they’d work if they were women.

On one hand this sketch co-starring Shia LaBeouf is about sisters of different perceived attractiveness levels; on the other it delves into the cultural divide of suburban American’s reserved style of dress and metropolitan America’s preference for “New York funky style clothing.” 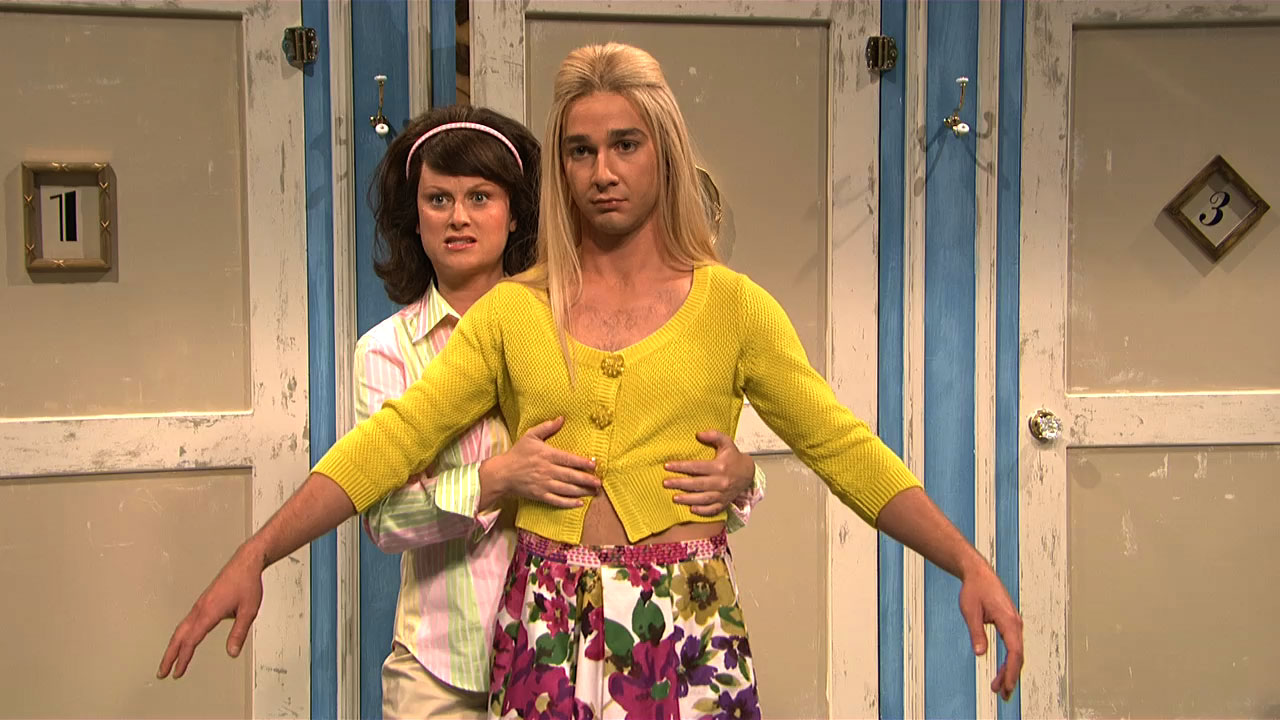