At the tender age of 14, Jennifer Lawrence made a decision that would change her life forever and, just a few short years later, launch her to mega stardom: She begged her parents to let her drop out of school and pursue a career in acting. In a preview of her upcoming interview on CBS’s 60 Minutes, airing Sunday (Feb. 25), Lawrence opened up about what made her choose to leave conventional teenage experiences in the dust and start auditioning for films.

“I struggled through school, I never felt very smart,” the Red Sparrow star confessed to host Bill Whitaker. “[But] when I’m reading a script and I feel like I know exactly what it would look like if somebody felt that way — that was a whole part of my brain that I didn’t even know existed, something that I could be confident in. And I didn’t wanna let it go.” Lawrence, now 27, admitted that it took some time to get her family on board with the drastic decision. “It’s so hard to explain. It’s just an overwhelming feeling of, ‘I get this. This is what I was meant to do.’ And to try to get people to understand that when you’re 14 years old, wanting to drop out of school and do this, and your parents are just like, ‘You’re out of your mind.'”

Lawrence confessed that she never went back to school or completed an at-home program. “I dropped out of middle school. I don’t technically have a GED or a diploma. I am self-educated,” she said. When Whitaker asked whether Lawrence regrets the choice, she was positive that her younger self had made the right decision. “No, I really don’t. I wanted to forge my own path. I found what I wanted to do and I didn’t want anything getting in the way of it,” she said. “Even friends, for many years, were not as important to me as my career, from the age of 14.” A decision that paid off considering she had four Oscar nominations (and one win) by the age of 25. 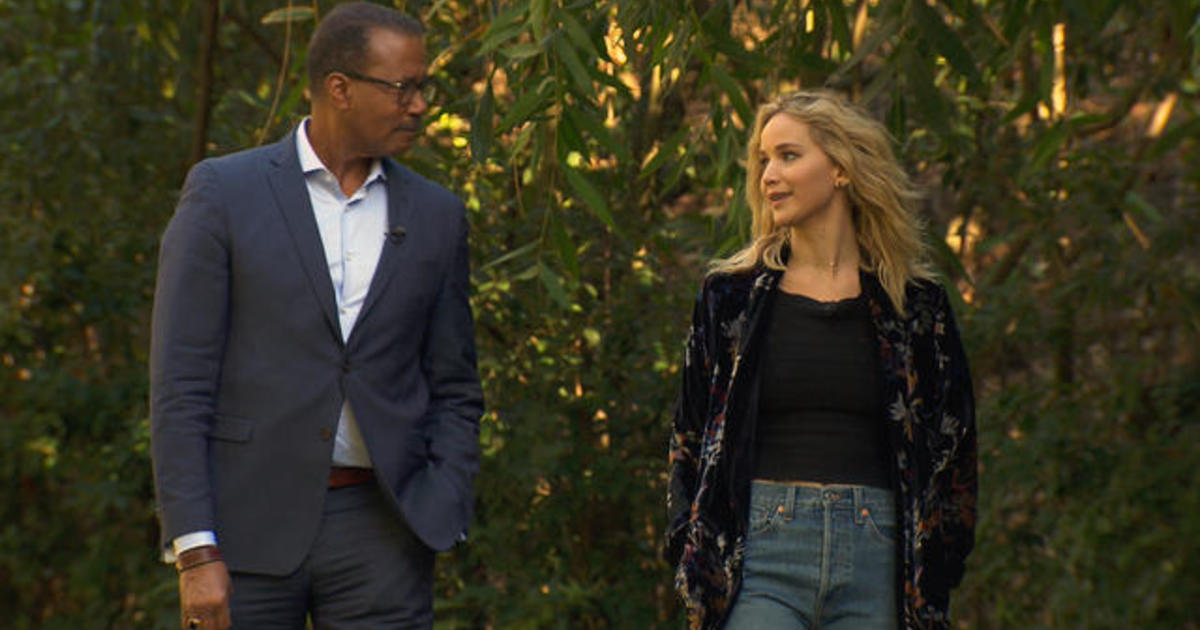 J.Law has previously spoken about her move from Kentucky, where she grew up, to New York City. In 2010, soon after shooting to superstardom with her Academy Award-nominated performance in Winter’s Bone, she talked to W about making the move with her parents. “I don’t know if I was driven or stubborn or both,” she said at the time. “But I didn’t think I could fail.” Clearly, she still can’t.

Related: Jennifer Lawrence and Emma Stone Have a Lot More in Common Than They Realized

As a Hollywood newbie, Jennifer Lawrence first proved that she has style by wearing a strapless silver mermaid-styled gown with intricate pleating detail to the 65th Venice Film Festival closing ceremony.

Wearing her hair in loose waves, the actress looked youthful and flirty as she showed off her killer shape in a fitted strapless midi dress while attending Nylon Magazine’s TV issue launch party in West Hollywood.

In Beverly Hills at the premiere of The Burning Plain Lawrence opted for a metallic one-shoulder dress, black satin pumps and a bold red lip for a bit of edge.

Lawrence wore a bold coral shift dress and snakeskin pumps to spice up her style at a beauty launch in New York.

At the 2011 Screen Actor’s Guild Awards in Los Angeles, California, Lawrence wowed the crowd as she showed off her figure in a vivid pink Oscar De La Renta gown.

An edgier side of Lawrence emerged as she attended the People’s Choice Awards in Los Angeles wearing a daring Viktor and Rolf dress with mesh cutouts and wave designs.

She dressed the part of Hollywood’s new Golden Girl at the Los Angeles premiere of The Hunger Games wearing a gold Prabal Gurung gown with side cutouts.

Lawrence channeled a modern princess in that infamous Dior Couture gown for the 2013 Oscars, where she won Best Actress (and tripped on her way up the stairs to collect the award).

The superstar’s style took a sexy ans sophisticated turn when she opted for Lanvin’s interpretation of the LBD with side cutouts and an embellished halter neckline at the 2013 Independent Spirit Awards in Santa Monica, California.

At the 2014 Oscars in Hollywood, California, the actress topped best-dressed lists thanks to this red peplum Dior gown.

Lawrence strayed away from Dior in a sheer, black Schiaparelli dress to the final premiere of The Hunger Games: Mockingjay, Part 2 in New York.

Jennifer Lawrence attends a photocall for their film “Passengers” at Claridge’s Hotel on December 1, 2016 in London, England.

Jennifer Lawrence arrives at the premiere of Columbia Pictures’ ‘Passengers’ at Regency Village Theatre on December 14, 2016 in Westwood, California.