It is a truth universally acknowledged that humans can’t actually have it all—it’s physically impossible for any one person to be smart, funny, nice, attractive, well-read, well-rested, and well-liked. Liam Hemsworth, then, must be some sort of superhuman. Not only does he have that face, those abs, and that accent, measure in at well over six feet tall, and list national treasure Miley Cyrus as his wife, but, by all accounts, he’s also hilarious. It simply isn’t fair.

On Tuesday, Hemsworth’s Isn’t It Romantic? costar Rebel Wilson visited The Ellen DeGeneres Show, where she attested to his unattainable multi-hyphenate status. “Normally, people that are so hot like that aren’t that funny,” Wilson said, correctly. “Turns out, he’s just such a legend and the funniest guy, so it was a good move, me casting him—because I produced this movie as well,” she continued, and now we also have to add “such a legend” to the list of Hemsworth’s positive attributes.

Cyrus, too, echoed Wilson’s claims this week, heaping praise on her husband as she took over his promotional duties at the film’s premiere on Monday night. “So proud of my hunky hubby,” she captioned a photo of her standing in for Hemsworth, who had to skip the event while recovering from kidney stones, on the red carpet. “I am proud to represent him and his incredible work. So happy to see him shining in this comedy! He is the funniest person I know, and the world now gets to see the Liam I wake up to every day.” That’s right—apparently, Hemsworth isn’t just the funniest guy in the world, he’s actually the funniest person across the entire gender spectrum.

Before you ask: No, he hasn’t saved anything for the rest of us. He’s generous, donating $500,000 to charity even after losing his own home in the Malibu fires; he’s a skilled athlete, regularly getting photographed surfing in his native Australia; and he’s an in-demand actor, having almost stolen the role of Thor from his older brother Chris.

Perhaps the single thing Hemsworth doesn’t have going for him is that he wasn’t the best dancer of the Isn’t It Romantic? cast. That title, per Wilson, belongs to Priyanka Chopra, who brought her extensive Bollywood experience to the rom-com’s multiple dance numbers. “Probably the worst would be Liam,” Wilson told DeGeneres. But, of course, Hemsworth even made being a bad dancer seem admirable: “He really just gave it his all,” she added.

In conclusion, please give serious thought to the “Liam Hemsworth is a superhuman” theory. 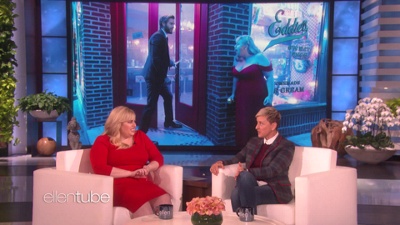 Related: Miley Cyrus Gets Pranked by Liam Hemsworth While Taking a Selfie